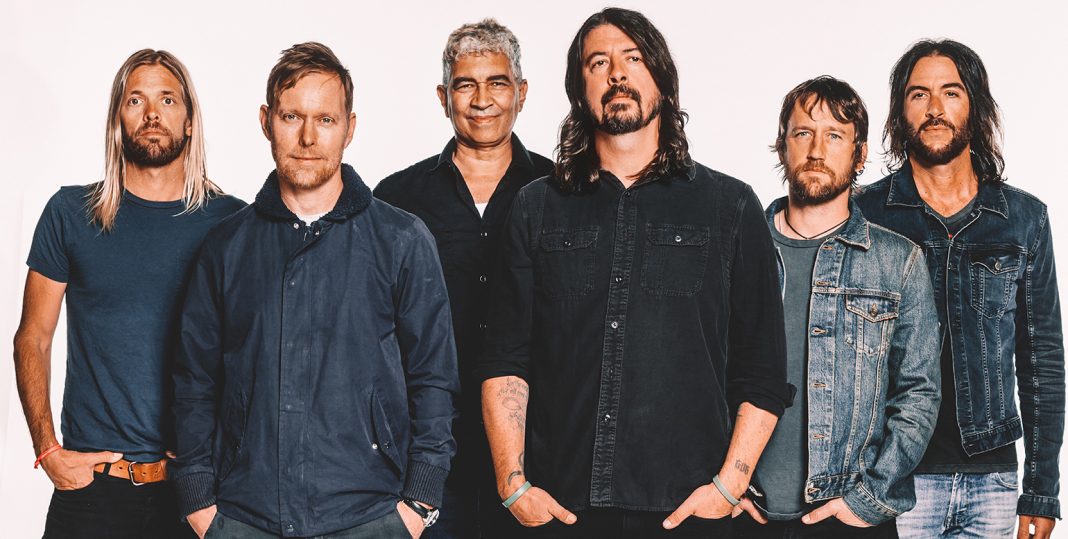 Back in June the Foo Fighters surprised everyone when they announced the release of a new album at a time when they were supposed to be on an indefinite hiatus. Almost three months later, on September 15th, to the pleasure of fans of Dave Grohl and company, Concrete and Gold was released.

First of all, I must say that I really love the Foo Fighters. I was a huge Nirvana fan growing up and have been following the Foos ever since they first came out. Unfortunately I have only seen them live one time. We don’t get that many live shows in Greece and the Foo Fighters have only played here once, during this summer on a show that happened only because of a TV show and there was a very limited number of tickets. Me, I had seen them back in 2012 in Udine, Italy, and it was definitely one of the best shows I ‘ve seen in my life (and I have the blog posts to… prove it, here and here).

Ok, time for some unpopular opinions.

For me the Foo Fighters always had huge ups and downs during their career. They ‘ve always had some really great songs in their albums, but when it came to albums as a whole I thought they ‘ve only nailed it 2,5 times out of a total of 8 albums (before Concrete and Gold)!

«The colour and the shape», Wasting Light and the first 1/2 of their debut Foo Fighters are their masterpieces. Other than that I loved some songs on each record but not the album in its entity.

Today the @foofighters announced that their new album, ‘Concrete and cold’ will be released on September 15th. Great news! If it’s anything near the sound they had on ‘Waisting light’, I will be a very happy man! #vinyl #vinylporn #vinyllove #vinyloftheday #vinyljunkie #vinyladdict #vinylcollector #vinylcommunity #vinylcollectionpost #vinylrecords #foofighters

I really hated Sonic Highways! Imagine my disappointment when I first listened to that album to find that I only had one song («Outside») I would pick as worthy to be in my choices for a Foo Fighters best-off album. Then they released the Saint Cecilia EP that I thought was better than Sonic Highways but still not my cup of tea.

#julyvinylchallenge Day 30: A record with alternative artwork Foo Fighters – Sonic Highways This is pretty much the definition of an album with alternative artwork. The vinyl pressings were released in nine different covers, one for each of the eight cities in which the album was recorded plus one with the «Forever» building shaped like the infinity symbol. This copy is the one with the California cover, were the @foofighters recorded the track «Outside» which also happens to be my favorite tune on this album #vinyl #vinyllp #vinyllove #vinylporn #vinylalbum #vinylcollector #vinylcommunity #vinyljunkie #vinyllp #vinylcollectors #instavinyl #vinylcollectionpost #vinyladdict #vinylrecords #foofighters #sonichighways #music

So when they announced the new album I had mixed feelings. I was afraid that it would be as bad as I thought Sonic Highways is, but I was hoping that they would bounce back and deliver a great album.

Now that the album has been released and having heard it 3-4 times already to form an opinion, I can say that while I am not thrilled with it, I am also relieved. Yes, this is not a masterpiece album. It doesn’t even come close to the level of Wasting Light. But it’s not as bad as Sonic Highways either. If anything, I can find a few songs on it that I really like («The sky is a neighborhood» really stands out in my opinion). I can also say that if this was their first album I would think that this band is cool and that it has a lot o potential. Is it the best Foo Fighters album ever? No (although someone disagrees with that in the comments of my instagram post). But it is an album worth listening to if you like rock music in general. And it will definitely not stop me from going to another Foo Fighters live show if I get that chance…

PS: This sticker on the album really annoyed me, though. «Testing the limits of speakers everywhere»? Really guys? #not_Cool

The new @foofighters album, «Concrete and gold» was released yesterday. To be honest (no matter how unpopular this opinion may be) I am not that thrilled about it. I had that same conversation yesterday with @yaddle77. It’s not that I dislike it, but I have come to expect more from the Foos. That being said, I still like it better than their previous album «Sonic Higways» (and I have to say that «The sky is a neighborhood» is a terrific song), but it kinda disappoints me that it comes nowhere close to the epicness of «Waisting Light». Nevertheless, don’t expect us to stop #fooking at @allthatcooking any time soon. #vinyl #vinylgeek #vinili #vinyllp #vinylism #33rpm #music #nowspining #vinylcollector #vinylcommunity #vinylporn #vinyloftheday #vinylover #vinylobsessed #vinylobsession #vinylalbum #vinylmusic #vinylmania #vinylcollectors #vinyladdict #vinylcollectionpost #vinylrecords #vinylforever #vinylfreak #vinyls #vinyladdicted