The last few years have been really fun -musically speaking- for anyone who, during the 90’s, was into what was then called “alternative” or “indie” music. Faith No More, Ride, De La Soul, Afghan Whigs, Veruca Salt, Lush, Violent Femmes, Blur, Garbage, Smashing Pumpkins top a list of bands that were big during the 90’s and have reformed releasing new records since 2014. And of course there are also those bands that never stopped and continue to release great music to this day, such as Foo Fighters, Pearl Jam, The Charlatans, Suede, Counting Crows, Marilyn Manson, Björk, Therapy?, The Offspring, Prodigy and Red Hot Chili Peppers, to name a few.

The 90’s are still here (we’ve written about this before) and now we have another addition to the comeback list to further prove the point. Ladies and gentlemen, The Breeders are back!

Originally formed back in 1989 by Kim Deal of the Pixies and Tanya Donelly of Throwing Muses, The Breeders (best known for the hit single «Cannonball») hadn’t released a new album since «Mountain Battles» back in 2008. Throughout their career, they have experienced a number of lineup changes,with Kim Deal being the band’s sole continual member.

What makes this comeback really exciting is that The Breeders are back to the lineup that wrote their hit record «Last Splash», consisting of Kim and Kelley Deal, Jim Macpherson, and Josephine Wiggs. The band has been reunited for a while now (since 2012) playing shows all over the world.

Rumors of a new album began to circulate back in June 2016, when Stereogum reported in an article that the band was in their Ohio studio recording a follow up to Mountain Battles and that Courtney Barnett, who was in town for the Nelsonville Music Festival, recorded some backup vocals for one of the albums songs.

Now the rumors are no longer rumors. The Breeders released their new single, «Wait in the Car», on October 3, and they didn’t disappoint, delivering a great song that brings that sounds and feels like we are back in the 90’s. A slightly different 90’s where you log in to youtube or Spotify to listen to a new song, but still the 90’s!

They also announced a real treat for vinyl junkies like us (we have the instagram account to prove it), as the single is going to be a part of an upcoming seven-inch series to be issued by 4AD. The song will be available on three different seven-inch records, limited to only 1,500 copies! Also, during a BBC interview with Lauren Laverne on October 13 2017, Kim Deal revealed that the band expected to release a new album in 2018 possibly on the 4AD label. Can’t wait! 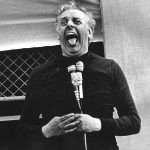