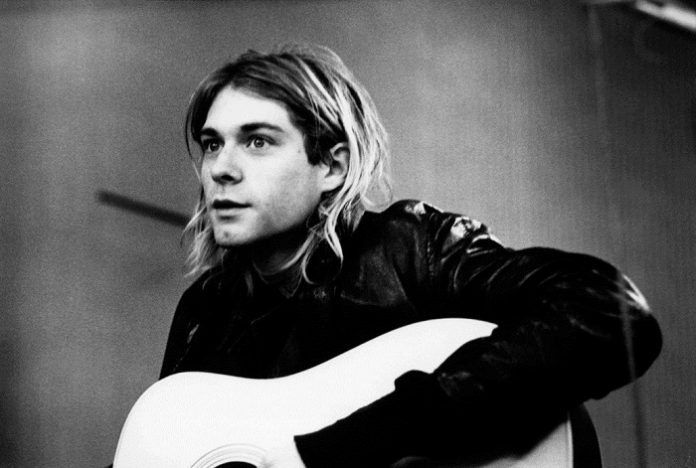 The “Priest” they called him

People hurried by, gray shadows on a distant wall.
It was getting late and no money to score.
He turned into a side street and the lake wind hit him like a knife.
Cab stop just ahead under a streetlight.
Boy got out with a suitcase. Thin kid in prep school clothes,
familiar face, the Priest told himself, watching from the doorway.

“Remindsme of something a long time ago.” The boy, there, with his overcoat
unbuttoned, reaching into his pants pocket for the cab fare.

The cab drove away and turned the corner. The boy went inside
a building. “Hmm, yes, maybe” – the suitcase was there in the doorway.
The boy nowhere in sight. Gone to get the keys, most likely,
have to move fast. He picked up the suitcase and started for the corner.
Made it. Glanced down at the case. It didn’t look like the case the boy had,
or any boy would have. The Priest couldn’t put his finger on what was so
old about the case. Old and dirty, poor quality leather, and heavy.

Better see what’s inside. He turned into Lincoln Park, found an
empty place and opened the case. Two severed human legs that belonged to
a young man with dark skin. Shiny black leg hairs glittered in the
dim streetlight. The legs had been forced into the case and he had to use
his knee on the back of the case to shove them out. “Legs, yet,”
he said, and walked quickly away with the case.

Might bring a few dollars to score. The buyer sniffed suspiciously.
“Kind of a funny smell about it.” “It’s just Mexican leather.”
“Well, some joker didn’t cure it.”

The buyer looked at the case with cold disfavor.

“Not even right sure he killed it, whatever it is.
Three is the best I can do and it hurts. But since this is Christmas
and you’re the Priest…” he slipped three bills under the table into the
Priest’s dirty hand. The Priest faded into the street shadows, seedy
and furtive. Three cents didn’t buy a bag, nothing less than a nickel.

Say, remember that old Addie croaker told me not to come back unless
I paid him the three cents I owe him. Yeah, isn’t that a fruit for ya,
blow your stack about three lousy cents.

The doctor was not pleased to see him.

The Priest laid three bills on the table. The doctor put the
money in his pocket and started to scream.

“I’ve had TROUBLES! PEOPLE have been around!
I may lose my LICENSE!” The Priest just sat there, eyes, old and heavy with
years of junk, on the doctor’s face.

“I can’t write you a prescription.” The doctor jerked open a drawer
and slid an ampule across the table. “That’s all I have in the OFFICE!”
The doctor stood up. “Take it and GET OUT!” he screamed, hysterical.
The Priest’s expression did not change.

The doctor added in quieter tones, “After all, I’m a professional man,
and I shouldn’t be bothered by people like you.”

“Is that all you have for me? One lousy quarter G? Couldn’t you lend
me a nickel…?” “Get out, get out, I’ll call the police I tell you.”

“All right, doctor, I’m going.” Of course it was cold and far to walk,
rooming house, a shabby street, room on the top floor.

“These stairs,” coughed the Priest there, pulling himself up along the
bannister. He went into the bathroom, yellow wall panels,
toilet dripping, and got his works from under the washbasin.

Wrapped in brown paper, back to his room, get every drop in the dropper.

He rolled up his sleeve. Then he heard a groan from next door,
room eighteen. The Mexican kid lived there, the Priest had passed him on
the stairs and saw the kid was hooked, but he never spoke, because he
didn’t want any juvenile connections, bad news in any language.

The Priest had had enough bad news in his life.

He heard the groan again, a groan he could feel, no mistaking that groan
and what it meant. “Maybe he had an accident or something.

In any case, I can’t enjoy my priestly medications with that sound coming
through the wall.” Thin walls you understand. The Priest put down his
dropper, cold hall, and knocked on the door of room eighteen.

“Quien es?” “It’s the Preist, kid, I live next door.”
He could hear someone hobbling across the floor.

A bolt slid. The boy stood there in his underwear shorts, eyes black with
pain. He started to fall. The Priest helped him over to the bed.

“What’s wrong, son?” “It’s my legs, senor, cramps, and now I am without
medicine.” The Priest could see the cramps, like knots of wood there
in the young legs, dark shiny black leg hairs.

“A few years ago I damaged myself in a bicycle race,
it was then that the cramps started.” And now he has the leg cramps back
with compound junk interest. The old Priest stood there, feeling the boy
groan. He inclined his head as if in prayer, went back and got his dropper.
“It’s just a quarter G, kid.” “I do not require much, senor.”

The boy was sleeping when the Priest left room eighteen.
He went back to his room and sat down on the bed.

Then it hit him like heavy silent snow. All the gray junk yesterdays.
He sat there received the immaculate fix. And since he was himself a priest,
there was no need to call one. 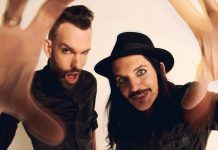 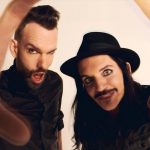 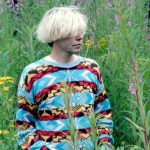 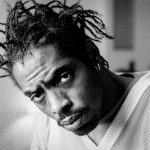